Tom Nehl proudly employs veterans throughout every department of the company, so it’s not unusual for co-workers to swap stories about their service to our country. But one day, Lee Cox in the parts department and Jeff Fazan in leasing – who had known one another long before Jeff joined Tom Nehl - realized they had more in common than they thought.

Lee: We had known each other for probably 34 years by that point and never knew that we had served on the same ship! We were chit chatting over here about the Navy, or something. It was really just a flight of chance. I said what ship did you serve on, and he said the McCaffery, and I was like, what?! No, no, that was the same ship I was on.

Not only were they on the same ship, they were both BTs (Boiler Technicians), although that wasn’t either of their first choice, for good reason. 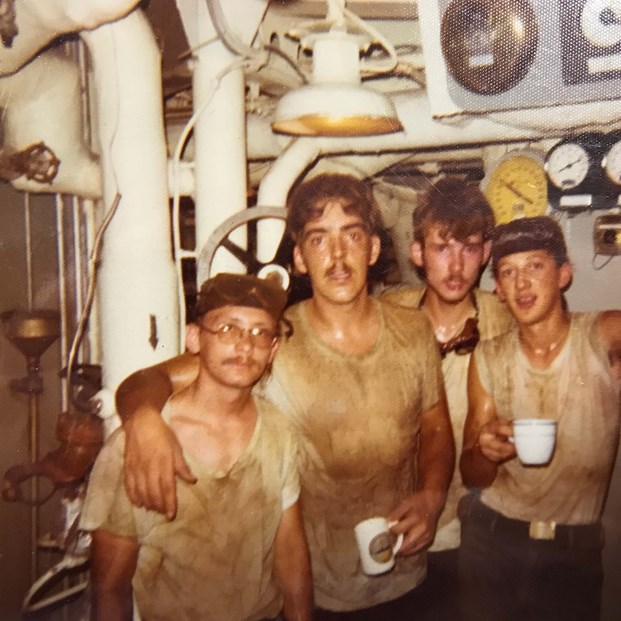 Jeff: We worked in what they call the holes. Your working space is basically from the very bottom of the ship to maybe one level below the main deck. Very hot. Smelly. Dirty. Very noisy – that’s why I can’t hear hardly anymore today.

Lee: I tell my wife that all the time.

Jeff: And the thing is, with destroyers, there’s only 200 – 250 guys on board. Full capacity maybe 300. Versus on a carrier you have thousands.

Lee: and there’s probably only 40 BTs.

Jeff: So to say you’re a BT and on the same ship, it’s pretty slim odds. 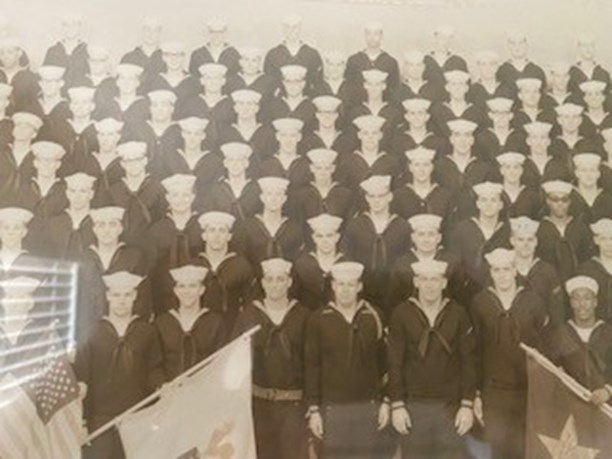 Jeff: I was on at the beginning of 1973 until it was decommissioned in September of ’73. So we just missed one another.

Lee: The Mac was a cool ship. It was built for WWII, commissioned in 1945. We could cross the Atlantic without refueling. I think it had a range of about 5,500 miles on one fuel running at about 20-21 knots. Not real fast, but you could go a long way. It would take about two weeks to cross the Atlantic. And if you hit big waves, it really gets treacherous. 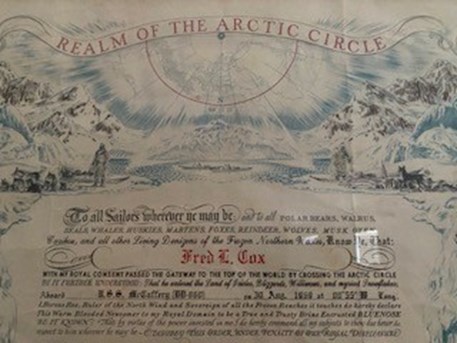 Jeff: When any ship crosses the Arctic Circle, there’s a ceremony that takes place with a junior officer and the junior enlisted man. And they get dressed in their dress uniforms and carry a bucket of blue paint up to the nose, the very front, what they call the bull-nose, and they paint it blue. Then you’re officially a Blue Nose. And then everyone on the ship gets a certificate saying they’re a Blue Nose.

Lee became a Blue Nose while on the McCaffery. Jeff became one later, on another ship. 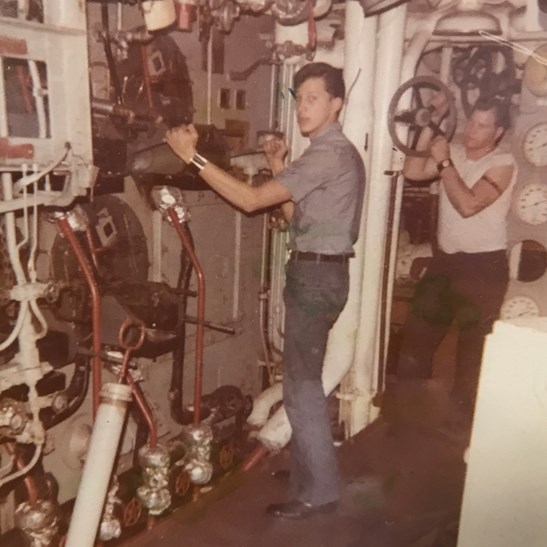 Jeff: It was an old ship when you got on it, Lee, and when I got on it. And while I was on it, I decommissioned it here in Mayport. We came back from Vietnam and went into a 30-day standdown. And then after that we went into this big cleaning deal, they had everyone cleaning their spaces and polishing brass. And the Navy brought some foreign possible buyers – some other NATO countries would sometimes buy our old ships. Well, they toured this ship and they decided they didn’t want to buy it. So they ended up decommissioning it and they scrapped it. When they do that, they pretty much strip the ship out, and we did a lot of it here in Mayport. Actually, there a lot of the McCaffery laying out in the bay of Mayport. When you’re on a destroyer like this in Mayport, they’ll sometimes tie you up three or four ships out, so you have to go across three or four ships to the pier. And they put big dumpsters out there for this stuff. So we’d have to walk across these ships, and every time you do, you have to salute the other ship, and the flag, plus you’re carrying all this stuff in buckets – they had plenty of man power and plenty of time – so we were doing that and it just so happened that, as they were pulling us out to get one of the other ships out, we had this great idea that, gee we could just drop these buckets over the side, and they’ll go down to the bottom of the bay and we won’t have to tote them across all these decks! So there are a lot of parts laying down in the harbor, and I may or may not be responsible for any of them.

Lee: That old ship saw a lot of miles. We didn’t think it was fun then, but in hindsight it was fun. It was a good experience. Everyone should spend some time in the military. If we had to do it all over, I’d probably do it over.

Jeff: I’d definitely do it over.

According to Jeff, plans are in the works to bring to Jacksonville a gearing-class destroyer ship from Louisiana that is nearly identical to the McCaffery to be a museum ship. Jeff plans to volunteer to tell some sea stories.

Lee: I doubt if they’ll let us in the fire room, though. 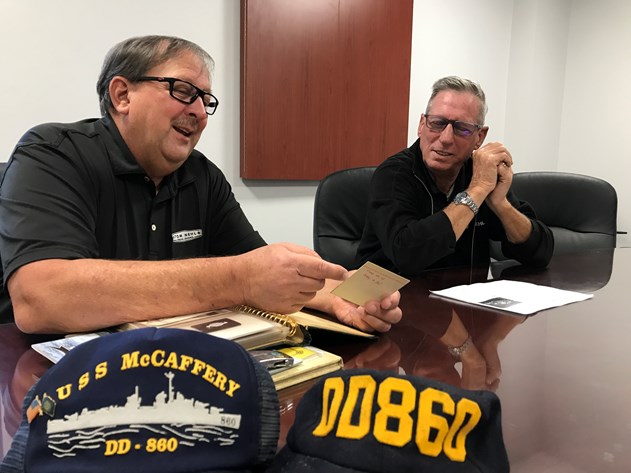